It can be confusing trying to figure out what osteoarthrosis is, especially if you have been told you have it. There’s not much information out there on it.

Don’t worry though, I’ll help you get to the bottom of it! Here are three things you need to know:

1. So what is osteoarthrosis?

It sounds a lot like a common term we hear, osteoarthritis.

Is there a difference?

Broken down, osteoarthrosis translates to “chronic arthritis of noninflammatory character”

Osteoarthritis is described as ” ‘inflammation of bone and joint”, but also “osteoarthrosis is another name for the chronic condition known as osteoarthritis’ “

After doing some research, it seems as if the term osteoarthrosis was more commonly used in the 80s. The term is used less commonly now.

As it was described in the article mentioned above, “The three main symptoms [of osteoarthrosis] are pain, morning stiffness and a tendency for the affected joint to gel with immobility” which sounds a lot like the common symptoms of osteoarthritis. It was also described as commonly presenting in hip, knee, ankle/foot, and fingers.

The article goes on later to describe that the terms osteoarthritis and osteoarthrosis can be used interchangeably.

My thinking is that osteoarthrosis began to lose it’s steam when scientists and researchers found out that this joint disease that was claimed to not be impacted by inflammation, actually is. The role of inflammation can be further described here.

Found in a study in 2013 by Sokolove et al., “OA is tightly linked to the interplay of joint damage, the immune response to perceived damage, and the subsequent state of chronic inflammation resulting in propagation and progression toward the phenotype recognized as clinical OA”

This is my opinion of maybe when the shift happened away from osteoarthritis and shifted to better fit the narrative of osteoarthritis.

But then when you look at the treatment approach, they are almost identical.

The article by M.H. Atkinson states, the treatment for osteoathrosis includes:

Doesn’t that sound oddly familiar to osteoarthritis? These things above can also help to reduce inflammation…

So if you have been diagnosed with either osteoarthrosis or osteoarthritis, the research points to finding movement your joints like so you can get them stronger.

Lucky for you, as a physical therapist, I have created a totally free, 4 day challenge to help you get started. Even if it feels impossible to exercise I absolutely encourage you to give this a try because you may just surprise yourself :).

When you have a condition that impacts your joints, the less time you spend taking action, the more pain you likely will be in.

Rest is almost never the answer when it comes to your joints, unless you are in a brief period of an intense flare up. Which even in that case, your joints will love gentle, relaxing movement. Contrary to popular belief, exercise is actually good for your joints! Read more on that here.

With more rest and avoidance of movement, you may tend to experience more pain, less range of motion, and decreased mobility. This is the case for both osteoarthrosis and osteoarthritis.

Surgery is recommended in some cases but is a big decision that doesn’t always guarantee full relief. Learn more about how to decide on joint replacement surgery here.

If you are able to find ways to control pain naturally such as through movement, diet, proper sleep, and medication management- you may not ever even need surgery. It is possible to thrive with osteoarthritis or osteoarthrosis naturally. Here is a powerful story to show how.

It is so important that you are proactive in searching out treatment options. and getting second opinions before making big decisions. Many times, people end up getting surgery prematurely because of the belief that it is the only option.

When, in fact, even when your joints are considered to be “bone on bone” there absolutely is hope for natural relief! Get some inspiration from this video below.

As it appears in the research, osteoarthritis and osteoarthrosis are considered synonymous. If you have one or the other, the treatment will likely be almost exactly the same.

If you are told you have osteoarthrosis, I would encourage you to ask the doctor, surgeon, or other medical professional what you can do besides surgery to find relief. This is because you absolutely have options no matter which stage of the process you are in.

If you are feeling down or hopeless with the condition, I highly encourage you to check out my Youtube channel. There are lots of different inspiring stories and messages of hope that so many have found helpful. You can check it out here. 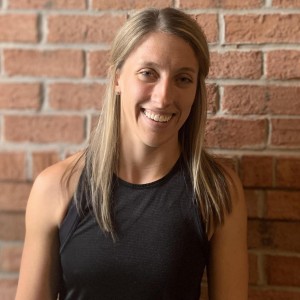 Disclaimer: This post is for general informational purposes only. It should not be used to self-diagnose and it is not a substitute for a medical exam, cure, treatment, diagnosis, and prescription or recommendation. It does not create a doctor-patient relationship between Dr. Kuhn and you. You should not make any change in your health regimen or diet before first consulting a physician and obtaining a medical exam, diagnosis, and recommendation. Move Well Age Well, LLC and Dr. Alyssa Kuhn, PT, DPT are not liable or responsible for any advice, course of treatment, diagnosis or any conclusions drawn, services or product you obtain through this video or site.